The main virtue of horse chestnut is its venotonic, basqueconstrictive and anti-inflammatory actions. The seeds contain flavonoids (esculin), saponosides (escin), tannins and minerals . The leaves contain coumarin heterosides, flavonoids and phytosterols, also present in the bark, which is especially rich in allantoin and tannins.
Aescin and esculin are the substances that give it the ability to promote peripheral blood flow and prevent stagnation . Together with the ginkgo, the red vine and the butcher's broom, it is considered one of the best herbal remedies to treat the different symptoms associated with problems of weakness or venous insufficiency. 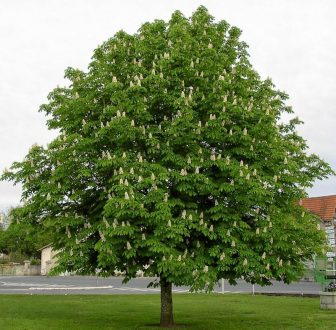 • Varicose veins and capillary fragility due to chronic venous insufficiency.
• Tingling and cramps, feeling of numbness in feet, legs (especially calves) and hands.
• Swollen veins in the legs or phlebitis, causing heaviness and burning. Horse chestnut reduces inflammation and helps burn away.
• Hemorrhoids. It prevents their appearance and helps to combat them, although it can be associated with a proper diet.
• Edema or swelling due to fluid retention. It favors diuresis and the elimination of toxins.
• Chilblains and bruises or bleeding under the skin, applied in plasters and washes.
• Microcirculation problems in the skin, especially of the face, or couperose, with facial redness and burning, caused by nervous states, digestive disorders or alcohol abuse.
• The leaves and bark, to which a moderate astringent action is attributed, have been indicated to stop diarrhea and to treat conjunctivitis, gingivitis, wounds and minor burns topically.
• Traditionally they had also been used to relieve rheumatic pain.

We use cookies to offer you the best experience on our website. You can learn more about which cookies we use or disable them in the settings.

Cookie information is stored in your browser and performs functions such as recognizing you when you return to our website or helping our team to understand which sections of the website you find most interesting and useful.

If you deactivate this cookie, we will not be able to save your preferences. This means that every time you visit this website you will have to activate or deactivate cookies again.

This website uses Google Tag Manager to collect anonymous information such as the number of visitors to the site, or the most popular pages.

Please activate the strictly necessary cookies first so that we can save your preferences!